A series of press conferences and events that premiered Volkswagen's new cars in China, USA and Europe

For a series of press conferences that premiered Volkswagen's concept car I.D. Vizzion, we created an augmented-reality narrative to illustrate what is still a vision of the future.

Our AR technology made it possible to show features of the car that are not easily explained: The holographic interaction concept, automated driving and safety features, design highlights and voice recognition. Unlike in a movie, the real car on stage had the lead role in our AR-play, turning the press conference into a theater. With the combined computing power of vvvv & unity and two fully tracked camera systems, we were able to deliver an unprecedented rendering quality and precision.

Aside from Developing and Designing it is a crucial part of my work at nsynk and press conferences to plan the technical side perfectly in every detail. There are alot of dependencies and contractors interlocked together in one event which is all build within one week. Therefor I use skills that I learned as a UX Designer, the accuracy and perfect understanding of every little part of the whole and to picture it in a graphical way so that everybody understands the connections.

To match this technical complexity we set up a rendering pipeline that was able to cater both the needed flexibility and rendering quality at the same time. From within our weapon-of-choice 'vvvv' we employed Unity3D as a rendering engine for high-end shaded parts of the scene. Our newly developed process control runs Unity3D in absolute lockstep with vvvv, allowing both softwares to render into the same scene in full 3d. Abstract graphcis and state control from v4, and asset heavy stuff and animations with glossy shading from Unity. This combined approach opened up a new world of possibilities and set new standards for our work in the future. 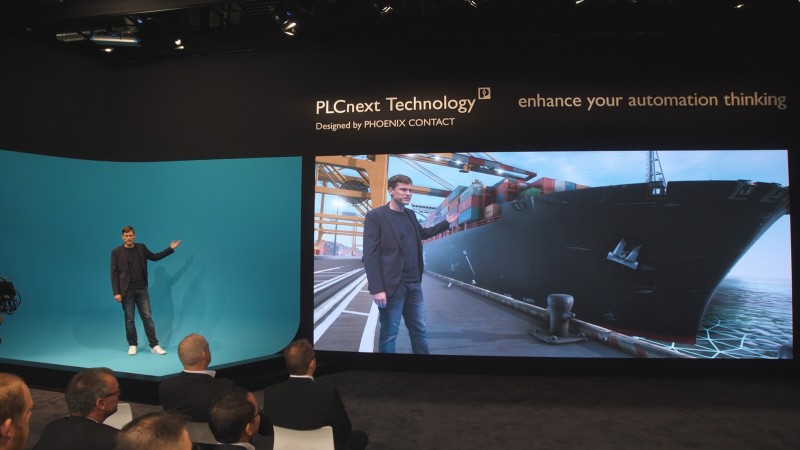 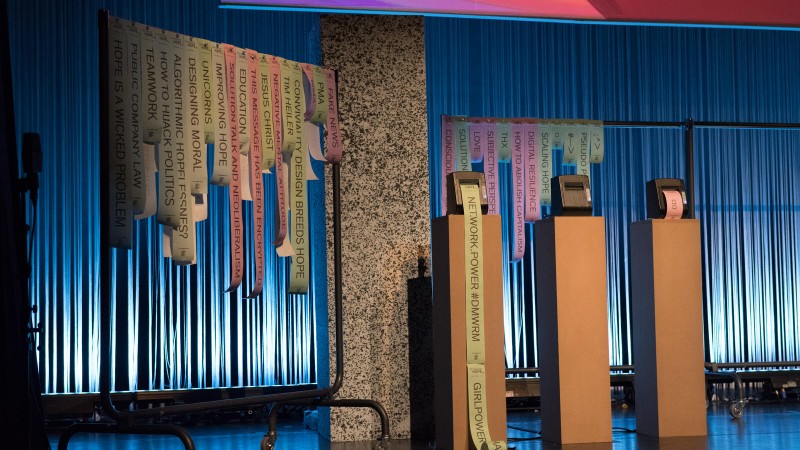